I’m a big fan of Ruth O’Neill and for a long time I’ve followed her career with interest.  If you don’t know Ruth, well firstly where have you been and secondly you’re about to find out.  Not only is she one of Ireland’s best media exports, but after reading this you will feel as though you have found a new friend.  After swapping a few emails, I felt like I knew her and it was nice to know that even after her few years in LA her Irish charm is very visible.

Like a modern day Shirley Valentine, instead of chasing men to the Greek isle she chased a dream to tinsel town and is after now landing a role reporting on stories for E! (and if you don’t know what E! is, seriously where have you been?), she is what us Irish would class as the American dream.  To me, Ruth’s story is one of conquering dreams and taking a chance on yourself, which as all our readers know, is what we try to instill in you all.

Finishing her final exams in UCD, Ruth was looking for a new adventure and been a self confessed fan of Xpose she decided to enter their competition, Total Exposure.  Losing out to 28 year old Sean Munsanje, you would think that it would be the end for most people’s career in media and as for their confidence, well you could kiss that goodbye too.  But not our Ruth, asking if not winning and not been able to co-present with Glenda, Lisa and the girls on TV3’s Xpose each evening would make her re-think her career she said “No,not at all. If anything it made me more motivated and more determined”.  Sounds to me that it was a little blessing in disguise.

This could have been the push she needed to jet state side and pursue her dream.  Admitting “There was no plan in place. I was craving a new adventure.  There was no offer, no job, no contacts and no friends”… Ruth even admits she had never even been to LA, “Two suitcases and a one way ticket was the grand plan”.  I know how cool is she?!

Dying to find out all about her exciting job with E! she tells me that meeting famous people is the norm, “You meet famous people in LA every week!”  And I’m not sure if this is a bit biased, but when I asked who her favourite was who she has interviewed, she mentions our other Irish ambassador Colin Farrell “I’ve interviewed Colin Farrell a few times who is everything you would hope him to be and more”.  In her eyes, Colin is the “definition of a movie star”.

When she’s not hanging out with the movie stars she’s busy at work in E! headquarters, Ruth interviews, find stories and even develops fashion and lifestyle segments for E! news and E! Online “It’s a very creative and collaborative atmosphere, everyday is different which I love.”

Although working for E! was at “the top of her wish list in terms of dream companies to work for”, Ruth admits she not only misses family and friends but she misses the Irish banter too, “There is something truly magical about Ireland and you don’t realise it until you leave, it will always be home to me”.  Spoken like a true Irish cailin.

In today’s current climate, I know it’s hard for most of you to dream of having goals let alone dream at all, and as I always say, feel the fear and do it anyway.  And if any of you decide to take the plunge like Ruth has and venture into the world of media, Ruth says get specific about your goals.

“Read as much as you can about the industry you want to get in to.  It’s good to have some work experience even if it’s on a small level, such as writing for your college newspaper or interning at a TV station.”

That was an insight into how following your passion can really be the best thing for you.  So if media is what you want to do or if there is a little hobby you want to take up, just do it.  Start an evening class, maybe a class once a month, meet new people in that field of work and set up meetings with them, read more about what your interested in and take inspiring notes.  Feel the fear and do it anyway. 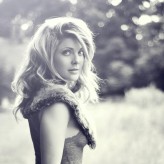 Aine has worked in production, media and loves presenting. She has worked alongside Marty Whelan, Dermot Whelan, Stephen Cooper & many more. Most recently worked for Waka TV on RTE'S Six in the City & Wagons Den. Follow Aine on twitter @MissAineONeill for sneaky look into her world.