What if the world’s super drug isn’t actually a drug after all? Placebo may offer a way to use your mind for a healthy change.

When I was a clinical research associate – a CRA – drugs were tested against a ‘placebo,’ to see how they performed.

The Latin word Placebo translates as ‘I shall please.’ In every study about 20% of patients respond to the sugar pill, saline injection or sham procedure. They’re dubbed ‘placebo responders.’

There’s no pharmacological or active ingredients in a placebo. Crucially they can reduce pain and anxiety, lower blood pressure and improve mood. I’m not sure about the ethics of it, but a study used fake knee surgery on patients with arthritis. Patients were anaesthetised and had a real wound. A two year follow-up showed pain relief and joint function was the same for sham surgery patients as for those who’d undergone real arthroscopic knee surgery.

What is the Placebo effect?

How do doctors explain this very real effect? I remember patronising laughter on a medical ward when I was a student nurse. A lady with rheumatic arthritis responded to a sugar pill. ‘It’s all in the mind,’ – the inference being that it must also be a weak mind to succumb to placebo.

Ted Kaptchuk is a researcher at the forefront of studying the placebo effect. A former acupuncturist, he realised patients conditions improved before treatment.

The Program in Placebo Studies and the Therapeutic Encounter (PIPS) at Beth Israel Deaconess Medical Centre is the only multidisciplinary institute dedicated to the study of placebo.  In a study of 262 IBS patients, Kaptchuk divided them into  3 groups.  A no-treatment group, a sham-acupuncture group with a low-interaction practitioner and a third group getting sham acupuncture along with lots of warm attention from the therapist. He describes it as ‘very schmaltzy!’ Not surprisingly patients who got most relief were those who got most care.

According to Dr. Harriet Hall, a former US Air Force flight surgeon, ‘All the evidence is compatible with the hypothesis that acupuncture is no more than a placebo.’

We need to ask whether it really matters if a treatment has no actual benefits, if the patient thinks it does?

The distinction between the mind and the body is not as defined as Descartes once imagined.

Our minds are able to effect how the body copes with a problem.

Half of patients with Parkinson’s Disease showed improvement in motor function after receiving a placebo injection of saline – salty water.

It was hardly in their imagination as Parkinson’s symptoms are typically caused by failure in the production of a specific neurotransmitter, Dopamine – also known as the ‘reward’ hormone. In this study brain scans confirmed that the anticipation of symptom relief kick-started dopamine production. Merely thinking and believing they’d get better caused a real, measurable change in cell function.

In a Columbia University study, led by psychologist Tor Wager, test subjects were told one skin cream would reduce pain, while another one was inert. The creams were rubbed onto their arms. Enough heat to create a burning effect was then applied. Brain scans and verbal feedback showed subjects felt less discomfort with the ‘effective’ cream. Both creams were identical.

Findings from a 2012 study which show variation in a gene linked to the release of dopamine may explain why some people respond better to placebo.

Nocebo comes from the Latin ‘I shall harm.’ In medical terms it’s an inert substance or treatment creating harmful effects in a patient when they are told it will have such an effect. The nocebo effect is the reaction experienced by the test subject receiving it.  Voodoo relies on such a process. In studies roughly about 1:5 patients receiving a placebo report adverse reactions. Anything from headache, nausea to insomnia and flushing. In a study all patients were informed that they might get stomach irritation. Those on placebo had more discomfort and were 6 times more likely to drop out of the study.

There are limits to the real effects of placebo meds and the power of suggestion. They don’t work for heart attack or tumours. Most visits to the doctor revolve around subjective forms of discomfort – stress, anxiety, back pain and IBS, for instance. Is placebo a safe way to treat real ailments? 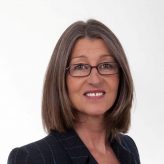